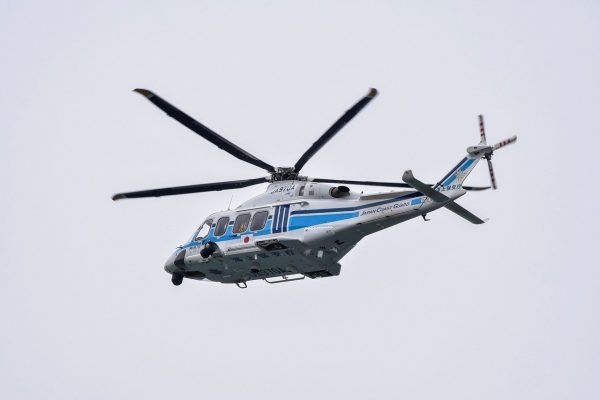 These are special times. The Netherlands is slowly locked by the corona virus. According to Alexander de Roo, we must now take concrete steps towards the introduction of helicopter money and basic income.

These are special times. The Netherlands is slowly locked by the corona virus. This also applies to large parts of the world. This has effects on public health and society. As a result, the economy is suffering a major setback. All over the world, governments are forced to pump extra money into society to keep the economy going, and fortunately they do.

It has been argued for 50 years that the most effective way to do that is helicopter money. The Nobel Prize winner for the Economy Milton Friedman coined this term. Every individual aged 18+ receives living money from the government.

Some small Asian city-states such as Hong Kong, Singapore and Macau have now actually used the targeted helicopter money for the first time. Helicopter money is very effective. In Korea – a country with at least 50 million inhabitants – it is already being discussed to do this.

In the Netherlands, on February 15, 200 members and supporters of various political parties came to a meeting of the Basic Income Association in Amsterdam. The Financieel Dagblad wrote that matters such as the allowance affair in the Netherlands are crying out for a simple and confidence-inspiring basic income answer ”. Click here to read this article.

Dutch party politics are also starting to move more and more. Within GroenLinks the working group for basic income has now been recognized and at the postponed party congress broadly supported motions are still on the agenda for basic income and unpaid labor. At the PvdA conference on March 7, a protruding room discussed basic job and basic income. The basic job seems more popular than the basic income within the PvdA, but it turned out that there is also a growing number of advocates for basic income.
D66 is working on the elaboration of their congressional motions. They asked for the Social Cultural Planning Agency to look at basic income and to let the Central Planning Bureau (CPB) calculate basic income.
At the meeting of February 15, VVD member Robin Fransman argued that basic income is inevitable today. It contributes to solutions that are now really needed.
Prof. Dr. Ir. Wouter Keller (former CBS employee) recently passed on a variant of negative income tax (another term for almost the same idea) to the CPB. This produced positive results. The bottom 60% of the Netherlands is improving and sometimes as much as 7% and the top 40% is only 2 to 3%.

This spring, the results of the trials with basic income in Finland and Barcelona and the experiments with non-regular assistance in ten Dutch municipalities will be announced. These data also provide insight into the relevance of basic income today.

With this new material, we continue our discussions with all kinds of political parties about basic income, so that they can take it into account when considering the election program for 2021. A majority of Dutch citizens are positive about basic income. Experiments have been done.
Just now take concrete steps towards the introduction of helicopter money and basic income.